Actionsa has dubbed “insurrection” as an act of HIGH TREASON! 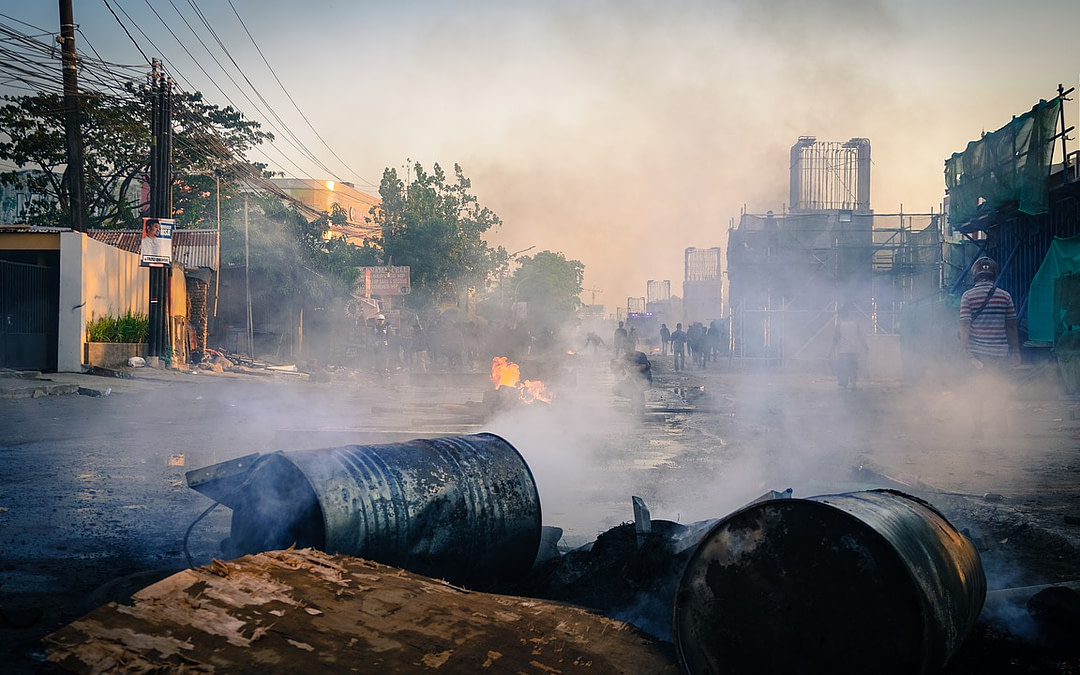 Herman Mashaba of Actionsa has placed the blame for the recent looting and destruction in our country squarely on senior members of the ANC heirarchy. Julius Malama has named our government a CLEPTOCRACY, meaning that senior members of the government are stealing directly from the people of the country. These are extremely serious allegations and if action is not immediately taken to investigate and prosecute the ringleaders and instigators of the insurrection, then the violence and the allegedly treasonous actions will continue unabated.

The other aspect that surely should be receiving serious attention in our country is the porous condition of our borders. What is the use of trying to improve conditions in our country if refugees are pouring through our borders with no control measures in place to stem the flow. Our country is already battling to deal with huge unemployment, poverty, disease, crime, etc and allowing refugees to have carte blanche to stream over our borders will continue to exacerbate these problems.

It seems that although our president Ramaphosa is still the best prospect for leading our country, he needs to take decisive steps to reassure the population of our country, across the board, that the rule of law still applies in our country, re-establish respect for the judiciary, and for the police to beef-up the strength of the options available for all those who uphold law and order on the streets and in public spaces.

Right now, I believe that most citizens have lost all respect for members of the front line, including police officers, civil servants, politicians and government. There is a very low level of trust in our country. The poor and disadvantaged have very little to lose and social media has made it very easy for these people to flout the law, spread malicious, destructive messaging on the internet and destroy everything in their path.

The law courts are continually being clogged up with people in high places defending themselves against court actions accusing them of corrupt activities. What a waste of money and time that is! and, at the end of the day it all comes out of the long-suffering taxpayers’ pockets. Why should they have to pay for defending criminality? Such people (you know who you are!) why don’t you stop stealing and instead focus on assisting with improving the economy?

South Africans across the board are fed up with the crippling inequality, the gross corruption that pervades throughout South African society, led by politicians who are supposed to be honest and provide role models for others and have the interests of the population at heart. Instead, they blatantly steal funds from the nation’s coffers; even going so far as to steal PPE from front line workers who are protecting the rest of us from the ravages of Covid 19; and practise rampant nepotism; even though the recipients of JOBS FOR PALS are completely unable to perform the jobs they receive and clearly have very little interest in doing the work they are vastly overpaid for; instead spending their time concocting ways to syphon funds into their pockets.

It seems that the only way we can prevent the racial intolerance is to continue to use the army to maintain law and order. Surely the country does not have the resources to continue using the army in this way?

South Africans were always known for their friendliness, respect for visitors to our country and the tradition of Ubuntu. Instead, we are rapidly gaining a reputation worldwide for greed, corruption and incompetence. What went wrong?