The pot has boiled over. 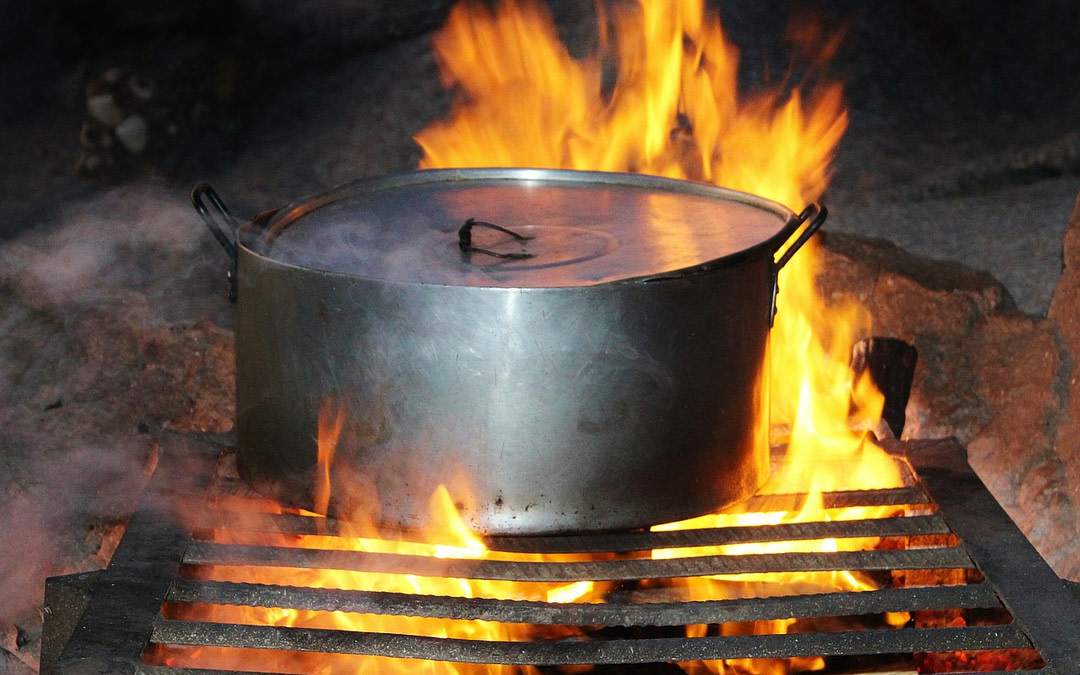 The ignored, unemployed poverty-stricken masses have taken over our country. All it took was for a couple of unscrupulous individuals with ruthless political agendas to agitate for affirmative looting to provide the spark that would ignite the conflagration we have now.

Anybody who thinks that the after effects of uncontrolled looting and destruction that is still happening as I write, are going to be over in a couple of weeks needs to have a strong cup of coffee instead of his/her favourite tipple or illicit substance and take a long hard look at what is happening now. It is not going to take a few people wielding mops and brooms to fix our country. It is going to take years!

Imtiaaz Suleiman, founder and CEO of Gift of the Givers highlights the growing incidence of hunger among poorer South African communities. Apart from the opportunistic looting and destruction that is happening, a significant portion of the crowds of looters are simply looking for food because their family members, particularly children, are desperately hungry!

Xolane Dube a political analyst sums it all up. He emphasises that since 1994, the politicians and the wealthy have had it all their own way by peddling a vision that South Africa is a democracy. They have maintained their hold on South Africa for 27 years and the plight of the poor has been ignored.

He has presented the idea that the only way to repair the country in a way that will benefit ALL ITS PEOPLE is for consultations to take place that include all sectors , role players and civil officials; with no racial barriers; and that primarily, the COMMUNITY LEADERS must represent the citizens in such a way that the conclusions arrived at must benefit ALL SOUTH AFRICANS. It seemed as if he was saying that the politicians must step aside and allow the community leaders to govern the country.

Unfortunately, although what he says or suggests is probably right; considering the political, military, policing and administrative structures that hold sway right now; although such steps would be extremely desirable, right, fair and proper; practically speaking it is a ‘pipedream’.

Clearly the political leaders, police and even the small number of soldiers that have been deployed; under the auspices of Bheki Cele, are essentially powerless to take control of the situation, as the consensus of opinion among the governing elite in our country seem to be agreement on taking a soft line with the looters. It is almost as if there is tacit agreement to let the criminals continue to steal and destroy.

Right now, unbelievably, THE LOOTERS ARE STILL ACTIVELY LOOTING IN SOME AREAS!

Where do we go from here? It is heartening to see that communities, business and property owners and even taxi drivers are now starting to stand together to protect lives and property. Although the government the police and the military are failing miserably to contain the chaos; we can only hope that such actions by responsible citizens will grow into a wave of opposition against this scourge of lawlessness; that will restore order in our country.

President Ramaphosa has to be held to account for the delay in deciding to take the action he has taken now in deploying the army to restore a sense of calm to the streets. If he had taken this step during the Nkandla debacle and displayed firm leadership then, that the country desperately needs now, the horrific loss of billions of rands, injuries, destruction of businesses, increased unemployment and the epidemic of an increased number of Corona infections that will surely follow could have been avoided.